Welcome back to another Spark Social Report by Spark Growth! This week, Facebook announced the integration of Messenger and Instagram Direct. Scroll to read more social media updates!

Though the process of this major app update has been taking place since late August,  Facebook officially announced late last week that it has connected Messenger and Instagram Direct. While messages and calls using Instagram will stay on users’ Instagram app, Facebook notes that the main change is that people who are using Messenger can now reach users on Instagram without having to download a new app. Users are also able to control where they receive their messages and calls, with options being in their chats, in their message requests, or not at all. This app integration may make it easier for businesses in particular to manage their Facebook and Instagram messages, since now they can access them in one place rather than two.

As well, a variety of Messenger features will soon be available to Instagram Direct. First is Watch Together, which allows users to watch IGTV, Facebook Watch, shows, and movies with other users during a video call. Vanish Mode allows messages to disappear after they have been seen, or when a user closes a chat. Selfie Stickers allow users to create boomerang stickers with their own selfies, which can then be used in a chat conversation. Chat Colors enables users to personalize their own chat bubbles with different colors and gradients. 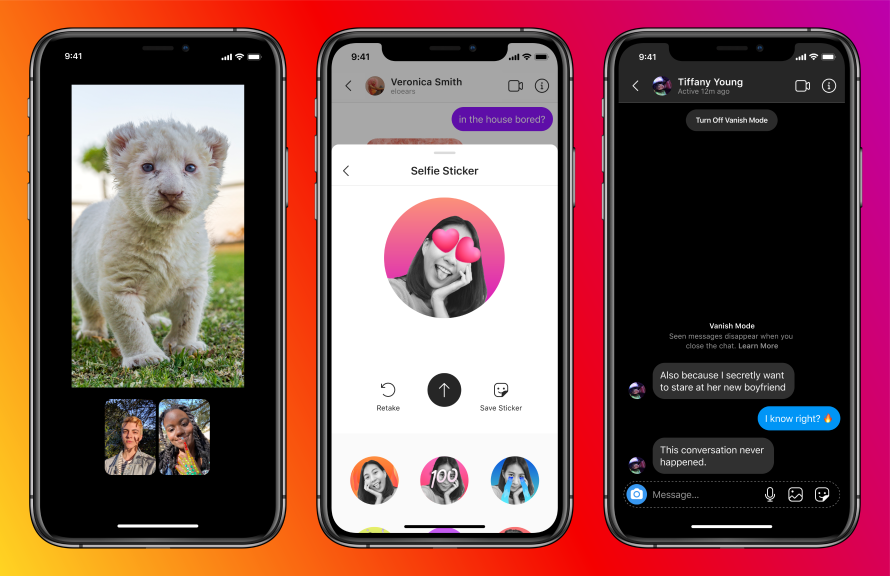 Custom Emoji Reactions creates a shortcut of a user’s favorite emojis, allowing for easier access to react to messages. Forwarding lets users share content with up to five friends or groups. A Replies feature lets users respond directly to a specific message in the chat, which can help to avoid confusion or miscommunication within a thread. With Animated Message Effects, users are given a wider array of visual-based options to use in conversations. Message Controls allows users to decide who can and cannot message them directly. Lastly, Enhanced Reporting and Blocking Updates lets users report full conversations and single messages, which will then prompt blocking suggestions on Instagram and Messenger. 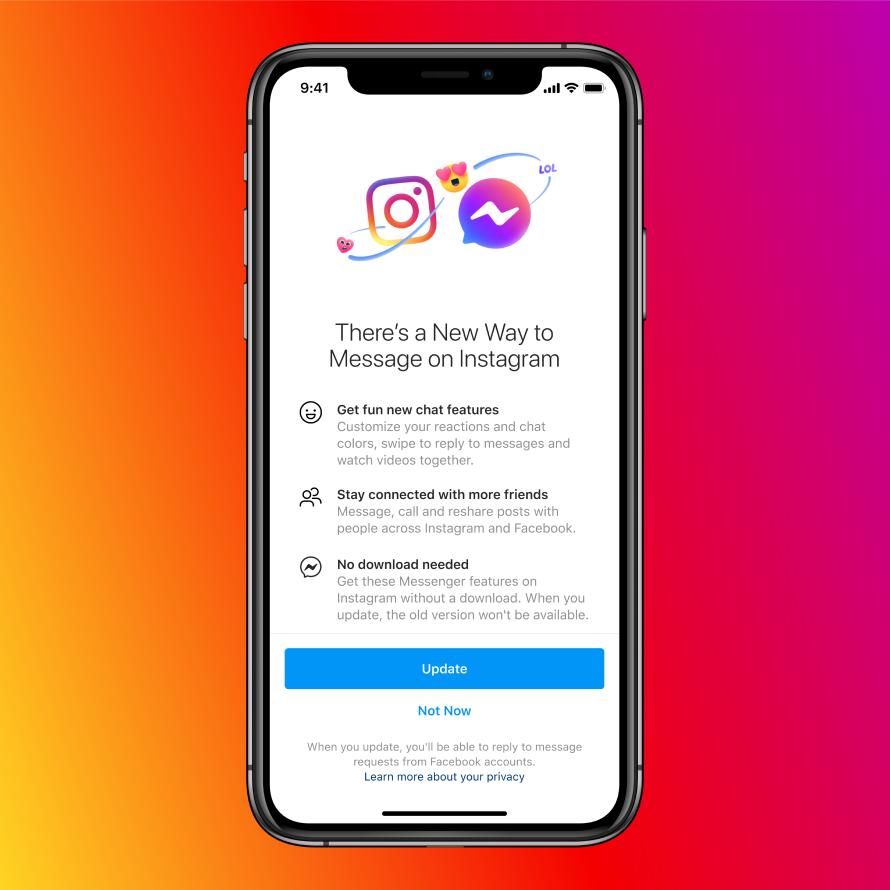 World Mental Health Day is coming up on October 10, 2020, and in light of this, Facebook launched a new mental health resource center called “Emotional Health.” This resource center will be available on the Facebook app and will provide information and tips from mental health experts. Though the center will be available globally, Facebook has noted that locally relevant information from mental health officials will be featured based on a user’s location. In addition to this, the platform is rolling out other resources as well, such as a stress management guide by the World Health Organization (WHO), a mental-health focused Messenger sticker pack designed with the WHO, Crisis Support on Messenger which includes suicide and self-harm prevention, and new mental well-being guides on Instagram. 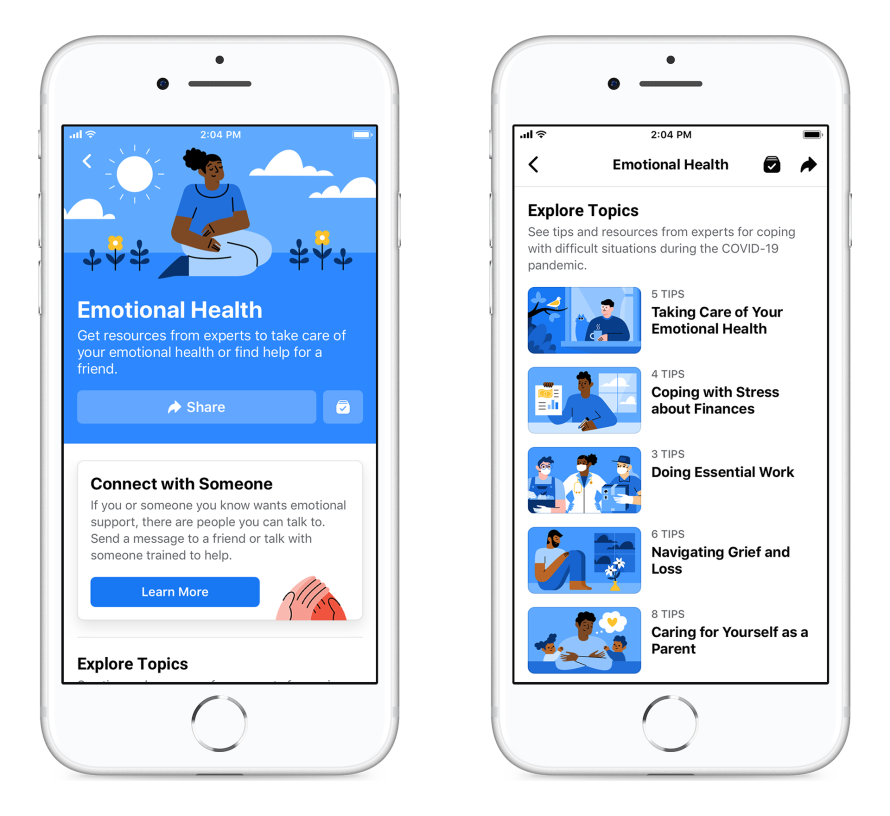 The platform has also added new AR (augmented reality) features for Halloween. With COVID-19 safety measures in effect, such as social distancing and legal limits on large gatherings, the holiday is set to be quite different this year. These AR effects will help keep up the spirit of Halloween while still encouraging users to partake in the holiday safely. Included are facial effects, 360-degree backgrounds, and Halloween-themed stickers.

In a move to make voice Tweets more accessible, Twitter is rolling out the feature to select iOS users to gain more feedback on how people use audio. The company states that transcription for audio and video is part of its plan for increased accessibility. Though Voice Tweets were first tested back in June, many users noted that its lack of transcription made it inaccessible to users who are deaf or hard of hearing, which prompted this new round of testing by Twitter.

We’re rolling out voice Tweets to more of you on iOS so we can keep learning about how people use audio.

Since introducing the feature in June, we've taken your feedback seriously and are working to have transcription available to make voice Tweets more accessible. (1/2)

The platform is also testing a feature on Android devices wherein users will see a “Suggest Follows” listing. When a user follows an account, this listing will appear at the top of that profile showing relevant accounts. Users can then click the “Follow All” button to instantly add all of the suggested accounts.

Now testing on Android: You may see a suggestion to follow a group of relevant accounts on the profile page of someone you just followed. You can instantly add all the accounts with a single tap and easily remove the ones you don’t want to follow. pic.twitter.com/fayS9uIFvV

Lastly, as discovered by reverse engineering expert Jane Manchun Wong, Twitter is testing the option to remove Retweet options and instead place “Quote Tweets” as the default. While there is no official word from Twitter on whether or not this feature will be released to the public, this update could encourage users to engage more fully when Retweeting by asking them to include an original comment.

Twitter is working on making the Retweet button open the composer directly, getting rid of the menu

with this prototype, as of now, it’s still possible to retweet by not entering anything in the text area and press the “Retweet” button pic.twitter.com/71BkDct26C

TikTok has released a handful of new “Duet” formats. As explained by TikTok, Duets is a feature that allows users to “build on another user’s video on TikTok by recording your own video alongside the original as it plays. It’s a creative format for interacting with others’ videos, building on existing stories, and creating new and unique content in collaboration with creators across the platform.” With multiple new layout options for Duets, this feature encourages further customization and creative collaboration for users. 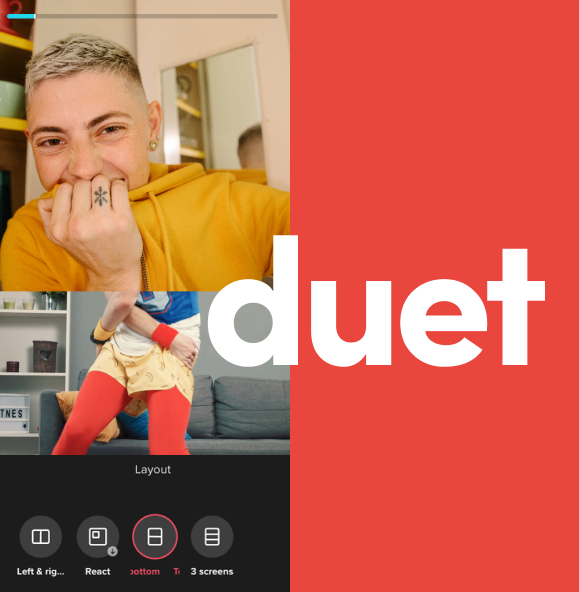 October 6th marked Instagram’s tenth birthday and in celebration of this, the platform released some new features. First is “Stories Map,” which gives users a private look at where they have posted their Instagram Stories within the last three years, provided they used the location sticker at the time. Second, there are now a range of custom Instagram icons that users can change their home screen icon to. However, this hidden feature is only available for the month of October. Users can access these by updating their Instagram app to the latest version, going to Settings, and dragging the screen down to unlock the custom icons (view the Twitter video below to see a step-by-step guide).

Lastly, Instagram is expanding its shopping services to Reels and IGTV, enabling eCommerce brands to get their products out across multiple features on the platform. While this option has been implemented on IGTV for users globally, the Reels option will be tested later in the year.

As well, October is National Bullying Prevention Month in the U.S., and in a move to take action against online bullying, Instagram has announced some enhancements that are currently being tested. First is a feature that automatically hides comments which are similar to others that have been reported. Users can still see these hidden comments by tapping the “View Hidden Comments” button. Instagram is also expanding their comment warning, now including an additional warning to a user who repeatedly tries to post a potentially offensive comment.

In the same vein as Instagram, LinkedIn has announced new safety features to prevent online harassment. Starting in the U.S., France, and Canada, users who report content or who have content they have shared removed will receive a notification that offers more details. LinkedIn noted that this feature will be rolled out to more countries in the following weeks, and globally by the end of the year. The platform has also added a warning at the top of a message which might include harassing content, allowing the receiver to decide whether or not to report the content. If flagged as an unwanted message, LinkedIn will then take appropriate action against the sender. Lastly, the platform has strengthened its Professional Community Policies and will be reiterating this by showing viewers a reminder of the safe and professional space that the LinkedIn community aims to be. 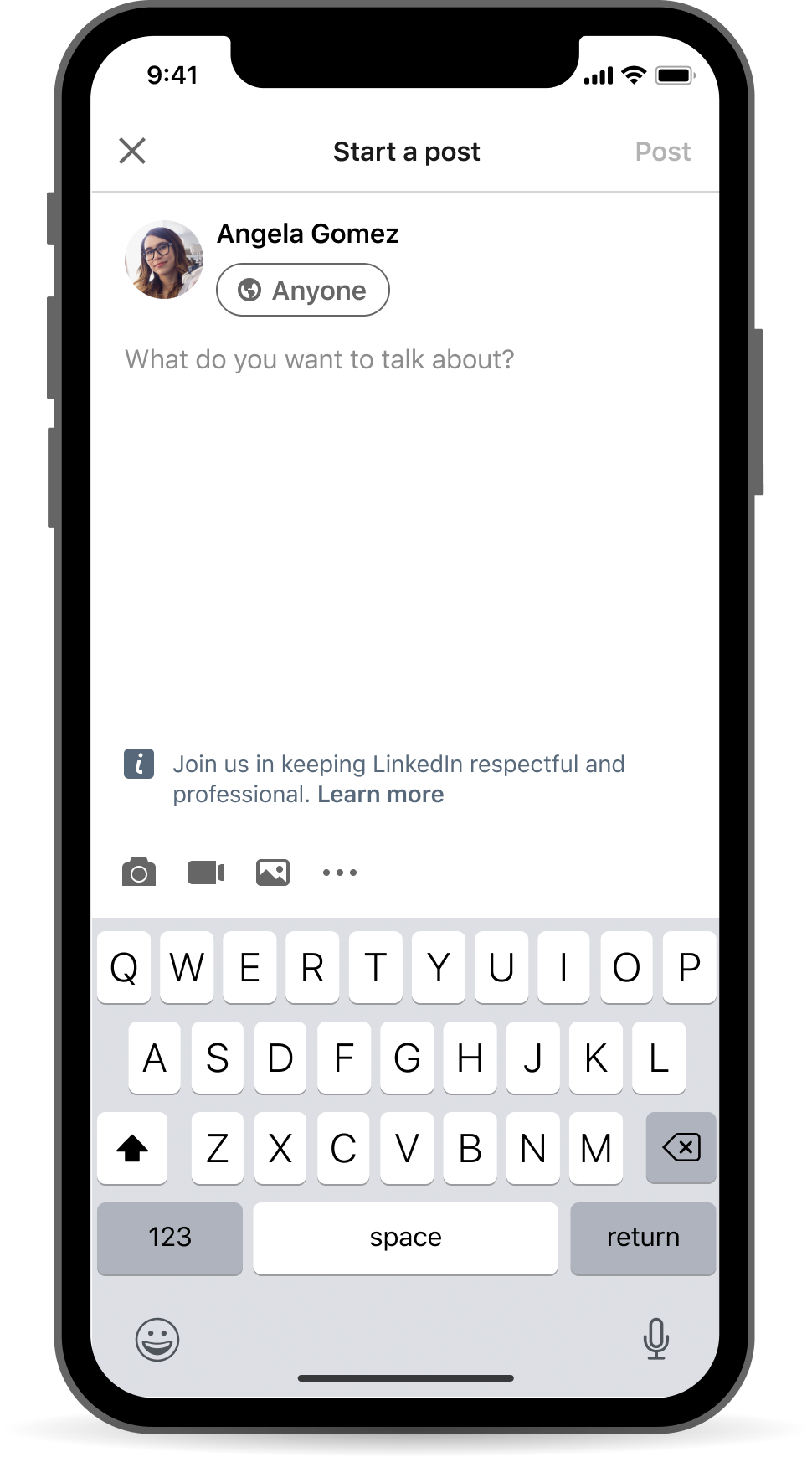 That wraps up this week’s social media updates! If you’re interested in keeping up with more digital marketing and social media-related news, be sure to follow Spark Growth on Facebook!

And if you’re interested in learning more about how social media marketing can help grow your brand, take a look at some of the work we’ve done for our clients!